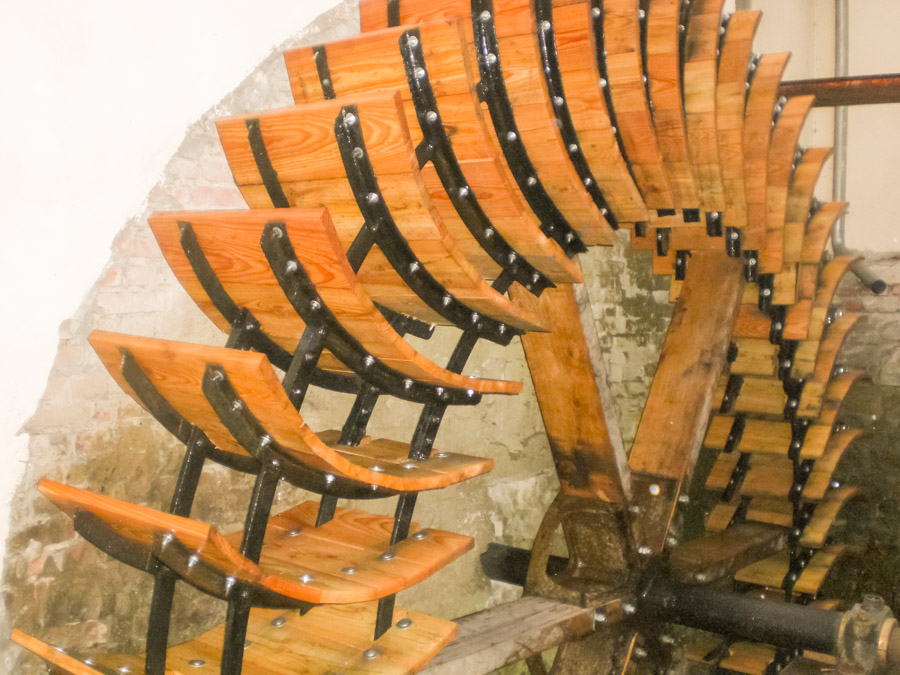 at the 36th Memorial Prizes of the District of Mittelfranken on 10.2.2012 the preservation of the historic waterwheel in the Fuchsmühle was honored.

…. The Fuchsmühle by Alexander Molitor is the second Rothenburg mill, whose waterwheel could be put into operation again. In 1447 it was mentioned for the first time, it was “probably already since the 14th century”, as Julia Krieger surmises. It is situated on the double winding of the Taubertal, next to the famous Topplerschlösschen.

The main building dates from the 15th / 16th century. Century; the adjoining buildings were built in the 18th and 19th century. The existing mill technology was acquired around 1900 and most recently modernized around 1970. In 1989, the Fuchsmühle was the last production mill in the Rothenburger Stadtgebiet.

Julia Krieger finds the great mill wheel, which has not been built over, as usual in the Taubertal, to protect it from weather influences. Behind a fencing it is visible from the outside for each visitor. Since 2010, the mill owners have also been lucky enough to have made the necessary changes once again, thanks to the help of the association “Taubenmühlenweg”.
Thus the blading had to be renewed at the wheel; in water engineering and gearboxes, extensive measures were necessary, Julia Krieger summarized. Connected to the system is now a generator, which supplies the family living here with electricity.

The Taubermuehlenverein is pleased with the two owners of the mills about the prizes and sees this not least as an incentive for his further work.

From the article of the Fränkische Landeszeitung from 10.02.2012